Boss Fights are a type of event that give players a limited amount of time to work with other players to defeat a 'boss' monster, such as Nessie or the Ice Giant. In these, energy is used to collect special weapons that can be used to defeat the boss. Success gives rewards that typically include useful resources and modules.

Fights with a boss may occur more than once; Nessie has appeared at least twice. A partial list of boss fights appears below.

Tap on the boss (usually in the water), or on the event icon for the boss fight. You will see a window that gives you the option to start a battle or join one in progress. 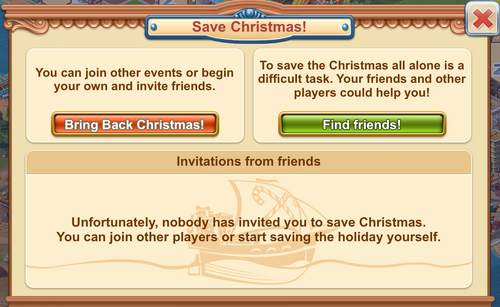 If you decide to join a battle in progress, you will have the chance to choose among battles from friends, corporation members, or others. 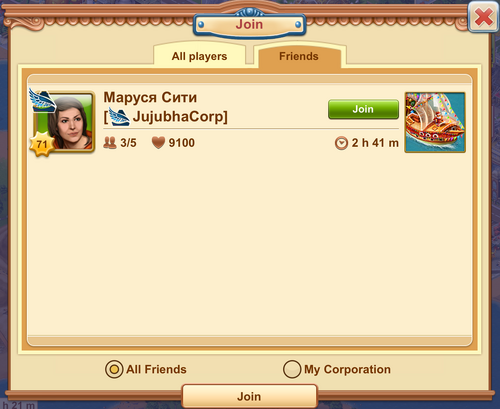 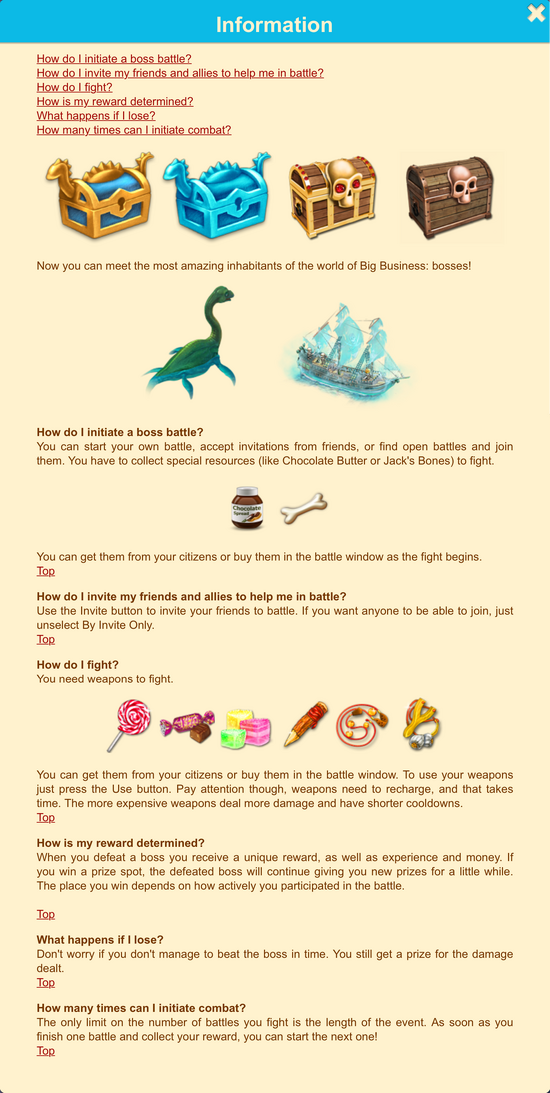 Retrieved from "https://bigbusiness.fandom.com/wiki/Boss_Fights?oldid=29728"
Community content is available under CC-BY-SA unless otherwise noted.